The Enormity of Sterling Ruby 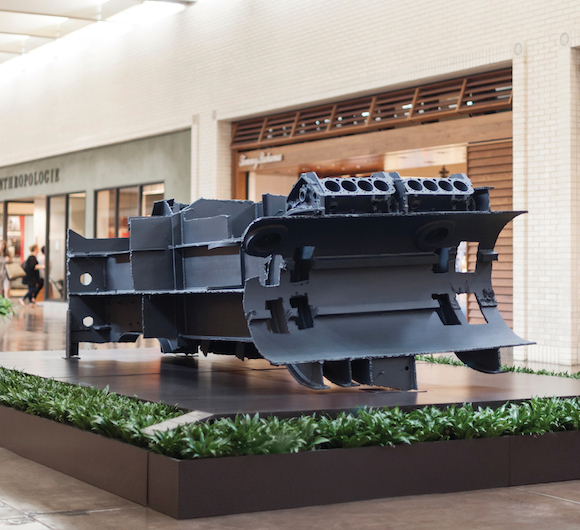 A walk through NorthPark Center will take you directly by a large steel sculpture by Sterling Ruby named DRAG (BANKER). Its very presence is a word I use a lot when describing Ruby’s work: Enormous.

As an art collector, my favorite thing is to meet and spend time with an artist; even more so, one that I admire and respect. It is no secret that Sterling has been on my favorite-artist list for almost 10 years. In 2008, my husband Derek and I joined fellow collector Howard Rachofsky and Los Angeles gallerist Marc Foxx at the Museum of Contemporary Art, Los Angeles, to see the much talked-about Sterling exhibition titled SUPERMAX 2008. The connection to his work was immediate for me. The enormity—there’s that word—of the works baffled me. The show was rebellious, punk and unlike anything I had seen in a museum. 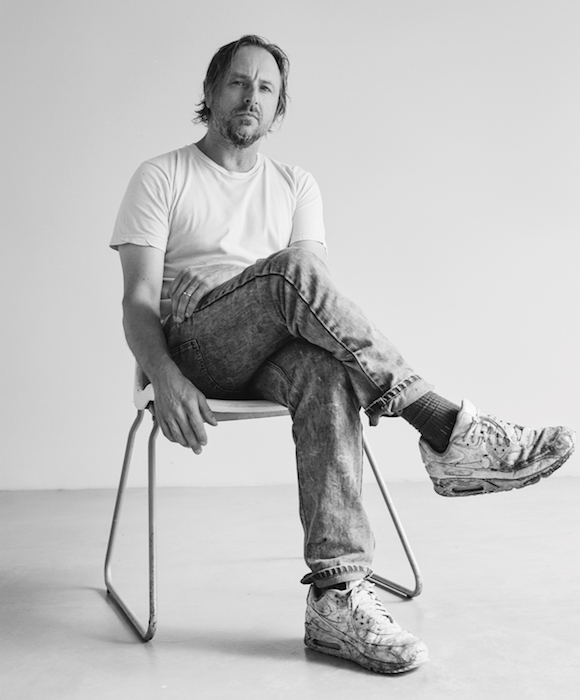 Last month, I visited Sterling’s studio with my two sons, Truman and Tate, who both have grown up with Sterling’s sculpture, paintings and ceramics as a part of their daily lives. I knew they would be engaged. Ruby’s studio is on four acres near downtown Los Angeles in the city of Vernon, in the midst of railroad tracks, 18-wheeler trucks and some interesting smells that were quite different from my stay in Malibu.

While there, studio manager Tyler Britt walked us through the vast square footage filled with large paintings, mixed fabrics and heavy ceramics. Just as I was starting to feel small in such
a massive space, Sterling emerged, removing a mask that gave me the impression he had just spray-painted a car. When I asked about the mask, he said in a polite way that he is “trying out something new.” With a shrug of one shoulder and a smile, he added, “We will see.” 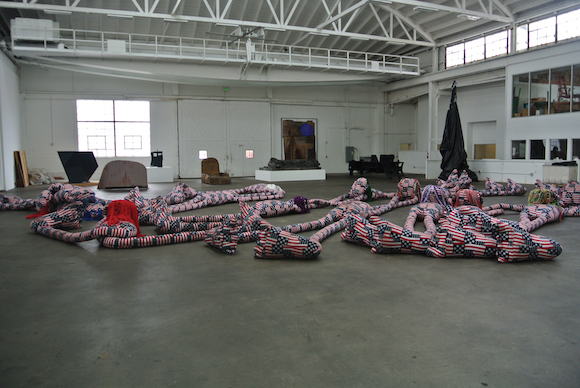 Throughout the years, Sterling and I have connected on fashion, so I was thrilled to be introduced to a new part of his studio. In a separate building, S.R. STUDIO. LA. CA., fashion is in full swing. Sterling has transformed his everyday wardrobe into a full fashion line of cut and sewn denim that has been bleached, dyed, treated and washed in different colors. It took a lot of self-restraint not to fill my purse with clothes and run for the car.

As our visit was coming to a close, I was reminded that Sterling will be in Dallas next year when Nasher Sculpture Center opens a solo exhibition of the artist’s work in May 2018. Until then, get your daily dose of his work at NorthPark with DRAG (BANKER).