It is always better to see sculpture in person instead of in a photograph, and that is particularly true of the three works newly installed on the wall above Nordstrom inside NorthPark Center. 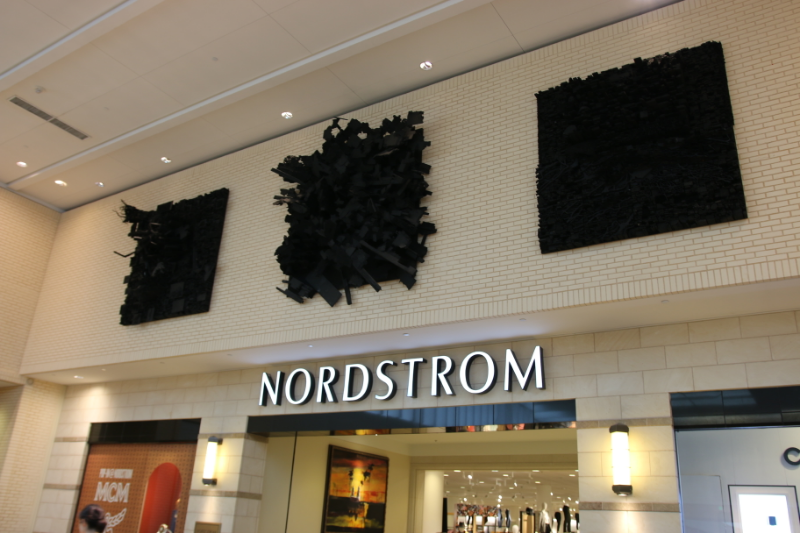 The imposing compositions of blackened and burnt wood are by Brooklyn-based artist Leonardo Drew, who was born in 1961 and reared in a public housing project in Bridgeport, Conn. His work is informed by his life experiences.

Arranged in a row, the three works are named, from left to right, Number 193T, Number 191T and Number 194T. The “T” stands for Texas, he created these pieces, but save that signifier, Drew purposefully numbers rather than titles his creations.

“Why should you be bogged down with my titles and how I thought about it and my poetic reasoning?” he points out. “Either you’re going to be drawn into it [or not]. It’s a black hole; gravity should pull you in and you should have that experience. Why should I actually infringe and dictate? It’s ridiculous.”

Even without titles, this series seems to reflect the artist’s fascination with the thrum of urban life.

Number 194T on the right resembles a three-dimensional cityscape, an orderly, dense model packed with skyscrapers, parks and rivers. It measures roughly 8 x 8 feet with a depth of 20 inches.

On the far left, Number 193T also evokes an urban landscape, but this one is somewhat ragged and distorted, with scraggly bits distending from its square base.

The lively center work, Number 193T, is a study in chaos, a frozen explosion of timber, shards and nails. It’s the largest of the three, spanning approximately 10 x 10 feet square and protruding 43 inches from its base.

All were created in 2017 by burning, painting and otherwise treating found wood, branches, roots and other materials.

Number 194T is part of the Nancy A. Nasher and David J. Haemisegger Collection, and the other two are on long-term loan from Talley Dunn Gallery, which represents the artist in Dallas. 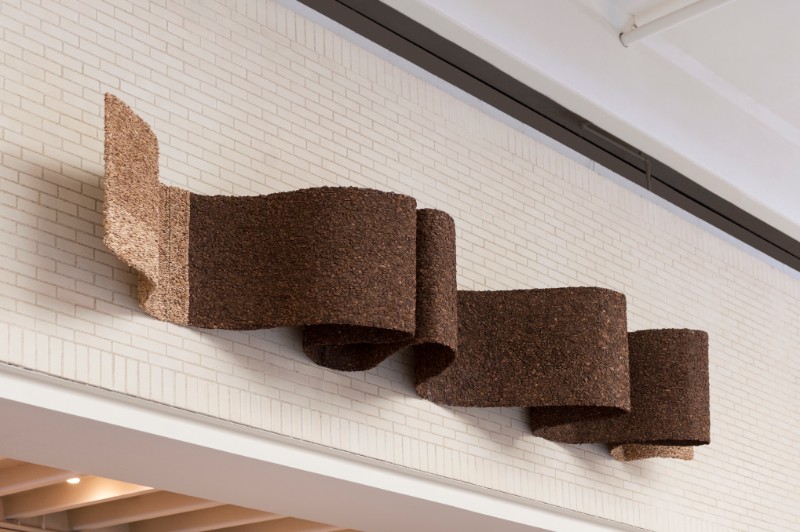 The first piece by Drew to be displayed at NorthPark is mounted on the wall over the fountain in front of Neiman Marcus.

Number 176T is an undulating expanse of wood and screws spanning over 14 feet long. Like Number 194T, it was acquired by Nancy A. Nasher and her husband, David J. Haemisegger, for their collection.

The curvy wood sculpture in earth tones stands in sharp contrast to the three angular black squares at the opposite end of the corridor.

Educated at Parsons School of Design and Cooper Union, Drew is an award-winning artist who has exhibited at the Hirschhorn Museum and Sculpture Garden at the Smithsonian Institution in Washington, D.C., the Royal Hibernian Academy in Dublin, Ireland, the Art Institute of Chicago, the Miami Art Museum, the St. Louis Art Museum and Talley Dunn Gallery.